Wine is a compatibility layer capable of running Windows applications on several POSIX-compliant operating systems, such as Linux, macOS, and BSD. Instead of simulating internal Windows logic like a virtual machine or emulator, Wine translates Windows API calls into POSIX calls on-the-fly, eliminating the performance and memory penalties of other methods and allowing you to cleanly integrate Windows applications into your desktop (desktop shortcuts, menu entries, and open-with entries).

Wine developers have been working on adding Vulkan support to WineD3D, but it is not ready yet. DXVK can do that job right now, but it is not a part of Wine.

DXVK is a Vulkan-based translation layer for Direct3D 9/10/11 which allows running 3D applications on Linux using Wine. DXVK is not a part of Wine, it is a separated project founded by Philip Rebohle, and later Joshua Ashton joined him to offer support for Direct3D 9 which was not supported before by DXVK, and they are both are hired by Valve to work on Proton.

VKD3D is a Vulkan’s based translation layer for Direct3D 12 which is used by default on WINE, and Proton. It is founded by Józef Kucia, WINE developer, who passed away in 2019 at the young age of 30 in an accident, then the development continued by Hans-Kristian Arntzen on a separate project by the name VKD3D-Proton, and he is joined by Valve developers, Philip Rebohle and Joshua Ashton.

Wine implements its own version of Internet Explorer. The implementation is based on a custom version of Mozilla’s Gecko Layout Engine.

After you run Wine for the first time, it will prompt you to download, and install the 32bit, and the 64bit of Wine Gecko if it is not intalled in the current wineprefix. Downloaded files can be found in this directory » ~/.cache/wine

More information can be found in this link » https://wiki.winehq.org/Gecko

Mono is an open-source and cross-platform implementation of the .NET Framework. Wine can use a Windows build of Mono to run .NET applications.

After you run Wine for the first time, it will prompt you to download, and install Wine Mono if it is not intalled in the current wineprefix. Downloaded files can be found in this directory » ~/.cache/wine

If you need to use Microsoft’s implementation of the .NET framework, the Microsoft runtimes can partly run on Wine.

More information can be found in this link » https://wiki.winehq.org/Mono

FAudio is an XAudio reimplementation that focuses solely on developing fully accurate DirectX Audio runtime libraries for the FNA project, including XAudio2, X3DAudio, XAPO, and XACT3.

FAudio became a part of Wine since Wine version 5.0, and when you install Wine 5.0, FAudio will be installed as a dependency to Wine. FAudio is a part of Proton as well, and it fixes a lot of sound issues that could only be fixed before by install Xact through winetricks. The project is founded by Ethan Lee.

PhysX is a physics simulation library provided by NVIDIA which is used in some games. Wine supports this library since quite some time in the CPU fallback mode which means that all physic calculations are done on your CPU. On Windows PhysX also supports offloading of calculations to NVIDIA based graphic cards through CUDA. Starting with Wine Staging 1.7.34 the necessary features were added to provide the same possibility in Wine.

To use PhysX, you need first to install the PhysX software into the wineprefix containing the program requiring PhysX support.

You can verify that PhsysX is working properly using the PhysX FluidMark Benchmark. The software displays in the start dialog whether GPU acceleration is available. You can also compare the FPS between GPU and CPU based simulations by changing the GPU checkbox in the start dialog.

Wine uses a virtual C: drive instead of your real C: drive. The directory in which this is located is called a wineprefix.

Wine creates a wineprefix inside ~/.wine after you run Wine for the first time, and Wine updates that wineprefix everytime a new Wine release is installed. 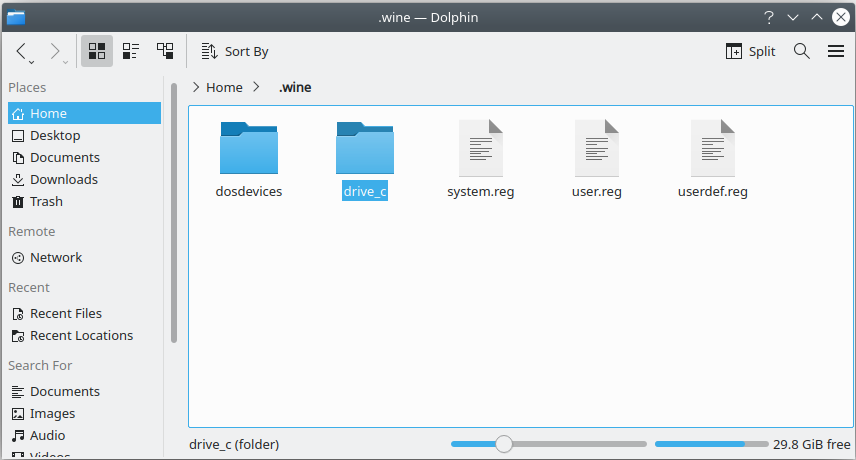 dosdevices contains symlinks (shortcuts) to the mounted drives on your system 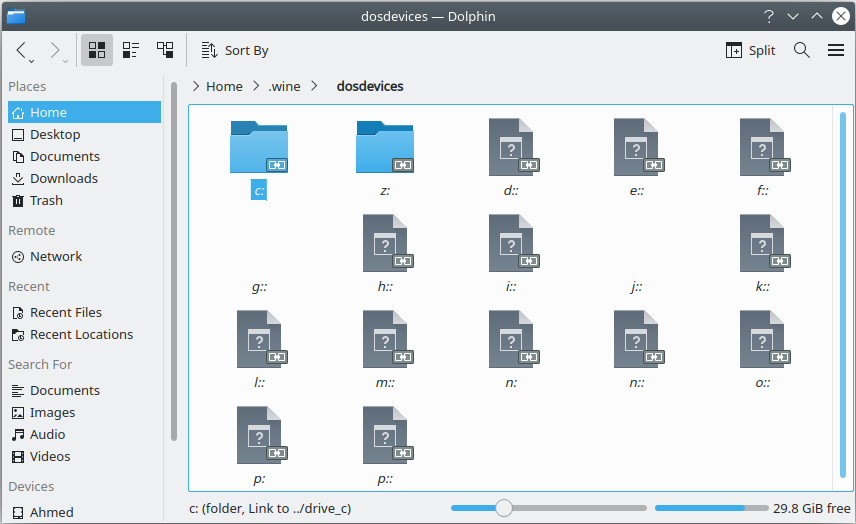 c: points to the other folder inside Wine prefix » drive_c

z: points to the root directory / that you used during the installation of your Linux distro.

The other letters are reserved to other drives that your Linux system may mount later like: external hard drives, USB flash drives, and ISO images mounted on your system. Wine does not assign letters to the mounted drives inside your main hard-disk, but you can do that using winecfg if you want. 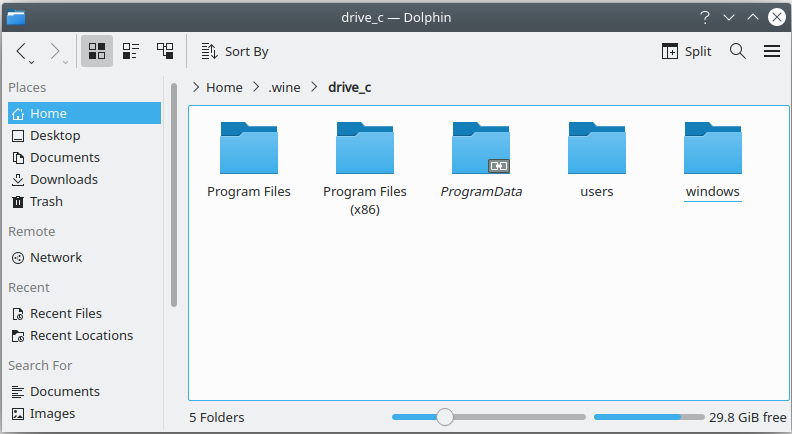 Program Files is used for installed 64bit applications. The path for this folder on Windows is:

Program Files (x86) is used for 32bit applications. The path for this folder on Windows is:

ProgramData is used for application data. The path for this folder on Windows is:

users contains 2 directories: Public and another directory with the user name you used when installing your Linux distro.

If you have any questions, write it down below, or you can contact me directly by my E-mail account.

If you want to get notified when we post a new content by adding our RSS feed to your feed list, or by joining our Telegram channel.